Amador County, CA, May 08, 2015 — /EPR HEALTHCARE NEWS/ — A career spanning nearly 50 years isn’t over yet for Amador County veteran bodybuilder and one of the original Mr. Venice Beach competitors, Arthur Peacock. Peacock, who is turning 80 this year, takes the stage with 40-, 50-, and 60-year olds this Saturday, May 9 at the Contra Costa Bodybuilding Championship, to be held in the Chabot College Performing Arts Theatre.

“There is no doubt that this is a career turning point for me. It’s what I’ve been training for my entire life, but especially the last three years. I’ll have 60-seconds to prove myself—my physique and my poses—with competitors between 40 and 69. That’s potentially almost 40 years younger than me.”

Peacock chose to compete in three classes for a couple of reasons—no 70s bracket existed, and he has every intention of continuing his legacy to inspire others who want to follow their bodybuilding dreams. 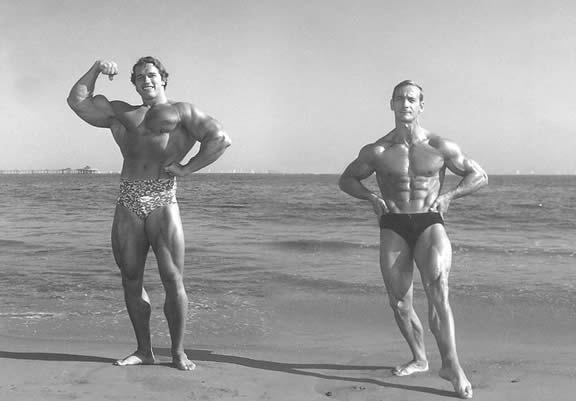 “I want people to see me and say, ‘I can do that. Look at that guy up there at 80.’ I want to inspire to the end; I’ve done it all my life. I’ve had world champions come up to me and say, ‘I remember when you stopped and spoke to me as a teenager, and now, 20 years later, I’m the number one guy. Thank you.’” 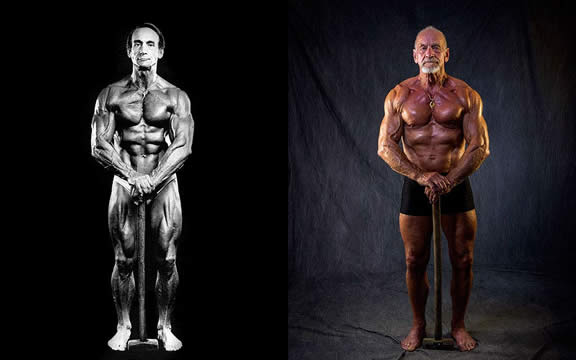 It was in 1965, as an already athletic young man in his early 30s, an avid swimmer, surfer cyclist, and hiker, that Peacock went as a spectator with his friends to his first bodybuilding competition. “I knew I wanted to do that—that I could do that.” And that he did, taking home his first trophy in the 1968 Mr. Venice Beach competition, which gave rise to a half-century career with more than 50 major titles earned.

BURBANK, CA, May 08, 2015 — /EPR HEALTHCARE NEWS/ — From the Network that brought you THE VOICE & AMERICAN NINJA WARRIOR and from the creator of THE BIGGEST LOSER, comes a new transformational competition series.

NBC’s newest fitness-focused reality series, S.T.R.O.N.G. is casting nationwide, looking for contestants that are ready to take on the challenge of becoming the strongest version of themselves.

12 contestants and 12 of the world’s best fitness trainers will pair up, compete and train together in this physical and mental competition. One team will take home the LARGE CASH PRIZE, but all teams will have a transformational experience that will not only change their bodies and lives, but inspire America along the way.

DO YOU WANT TO GET STRONG?

Are you ready to undergo a mind-blowing physical transformation? Are you ready to stop making excuses and start making changes? Looking for people from all different walks of life with a range of different stories and reasons they haven’t taken that next step in life, but are ready! If you’re trying to overcome a personal struggle and you want to become your best self, APPLY TODAY – CASTING NATIONWIDE!

Come and meet the S.T.R.O.N.G. Casting Team in person!

Open Calls will be held in the following cities:

Tubal blockage caused by inflammation, and hydrosalpinx, which are commonly used to be treated with surgery, such as laparoscopy, now can be cured with a new natural treatment – Fuyan pill – a herbal medicine invented by Dr. Lee who comes from Wuhan Dr. lee’s TCM clinic. It gives the hope for the female infertility to be conceived successfully.

Wuhan, CHINA, May 04, 2015 — /EPR HEALTHCARE NEWS/ — The Fuyan pill, based on ancient Chinese formulas for gynecological inflammations, which lasts for over 5000 years, is made from natural pure herbs without any chemical composition. According to the data from Wuhan Dr. Lee’s TCM Clinic, this natural herbal formula has cured hundreds of thousands women infertility who had suffered from tubal blockage led by inflammation, hydrosalpinx and their complications.

The inventor of this herbal medicine, Dr. Lee introduces: “This herbal medicine can cure inflammatory tubal blockage and hydropsalpinx without any other unpleasant procedures.” “Even for those had tried IVF to conceive unsuccessfully. Fuyan Pill also works on some of them when they try it as their last shot. According to our clinical cases, these diseases are commonly cured after three to four months medication. ” Dr. Lee says

Ada who had suffered from inflammatory tubal blockage for more than 3 years told us. “I had never been imaging that Fuyan Pill could work so fast that I got pregnant in third month medication. Well to be frank, taking the pills are not very pleasant experience, but doing these for 4 months is really worth my effort. I have been under a lot of pressure not being able to conceive, and I sometimes have even doubted the efficiency of this herb, because I feel nothing during the medication. However everything has changed after I got my ultrasound report after I finish 3 months pills. Dr. Lee has suggested me to take one more months pills after that in case it recurs and I have done as she’s recommended. The pill has made a huge difference and I am so grateful for what Dr. Lee has done.”

Chinese medicine owns outstanding sterilizing power to treat tubal blockage, especially, has special effects on hydrosalpinx. The pill can effectively cure these kinds of diseases without any side effects. It also contains prescription to clear away heat and toxic material, promote blood circulation, dissolve stasis, unblock the fallopian tubes and drive away the hydrops completely, which help to retrieve fallopian tube movements and clear the tube for the fertilization of eggs. Thus it could help patients conceive naturally without surgery. Patients could try pregnant after taking the medicine for 3 to 4 months.

Dr. Lee says, “Fuyan Pill has been widely used in our own clinic in China, the clinic states also show that it has been effectively cured women with inflammatory tube blockage and hydrosalpinx who don’t want to undergo surgery. It also has no postoperative problems, this really attractive for many women. So there are increasing number of women have benefitted from this magical medicine recent years. We really hope it could also help women infertility caused by inflammatory tubal blockage and hydrosalpinx from all over the world.”

About Dr. Lee Xiaoping and the herbal medicine:
Dr. Lee Xiaoping graduated from Hubei College of Traditional Chinese Medicine, China. She qualified as an herbalist 30 years ago and is a highly experienced medical professional. She specializes in the field of male and female reproductive and urinary system diseases. She has devoted 30 years to her clinic and worked on the formula of Fuyan Pill for years. The medicine has proven to be effective on treating tubal conditions. The formula is patented by SIPO (State Intellectual Property Office of the P.R.C) with the application number 201110031968.